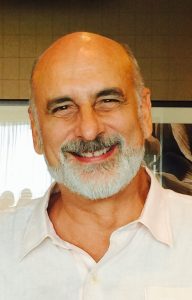 Dr. Kerasidis is on the medical staff at Calvert Memorial Hospital.

Tara Wood received her Licensed Practical Nursing certificate in August of 2000 from the Charles County Community College. She then continued on to receive her Associate of Science in Nursing in May 2001 from College of Southern Maryland. She started her nursing career in Labor and Delivery. In May 2005, she received her Bachelor of Science in Nursing from Virginia Commonwealth University in Richmond, Virginia. She then began working in the Hospice and Palliative care field and worked as a staff nurse as well as the Assistant Director for a local hospice organization. In May 2014 she received her Master of Science in Nursing from Bowie State University. She is a Registered Nurse and is a Nationally Certified Family Nurse Practitioner through the AANP.

Gabriella Reed received her Associate of Science in Nursing in December 2010 from College of Southern Maryland. She began her career as a Nurse Case Manager/Delegating Nurse for pediatric and adult patients with developmental disabilities. Over the next five years she taught CNA and CMT courses, assisted in Quality Assurance for Registered Nurses in the community and continued pursuing her education and obtained her Bachelors of Science in Nursing in May 2014 from University of Phoenix. Over the next two years she continued working as a Registered Nurse in pediatric neurologic rehabilitation and in the emergency room while obtaining her Masters of Science in Nursing in October 2016 from Simmons College of Boston. Ms. Reed began her Nurse Practitioner career at Chesapeake Neurology, and has been clinically trained by Dr. Kerasidis. She has a special interest in strokes and Attention-Deficit Disorder in pediatric patients. In 2016, she was granted the Daisy Team Award, and is also PALS and ACLS certified through the American Heart Association. She is a Nationally Certified Family Nurse Practitioner through the American Association of Nurse Practitioners (AANP).

Dr. Schmalz is a Licensed Psychologist. She completed her post doctorate training in Maryland and has been practicing in the Southern Maryland area since 1992. As part of the staff at Chesapeake Neurology Associates, Dr. Schmalz heads up the ADD/ADHD Clinic. The Clinic provides a variety of services related to diagnoses, intervention options, education, and collaboration with physicians, families, and school staff.

Alexandria Rigby is an LCSW-C, or a Licensed Certified Social Worker – Clinical. She received her BSW at Salisbury University, her MSW at Catholic University of America in 2016, and has had her independent license since 2018. Alex has experience working with adults, adolescents, and children, though is specifically trained with adolescent girls ages eight to eighteen. These relationships are based on an individual practice setting, though a family approach is always in mind. She has a certificate in Dialectical Behavioral Therapy, which is the approach most often used with her clients but still has experience with Family Structural, Cognitive Behavioral Therapy, and various other theoretical approaches. Understanding emotional clinical needs stemming between physiological and psychological conditions, empowerment and compassion are main components facilitated in session in order to achieve mental wellness.