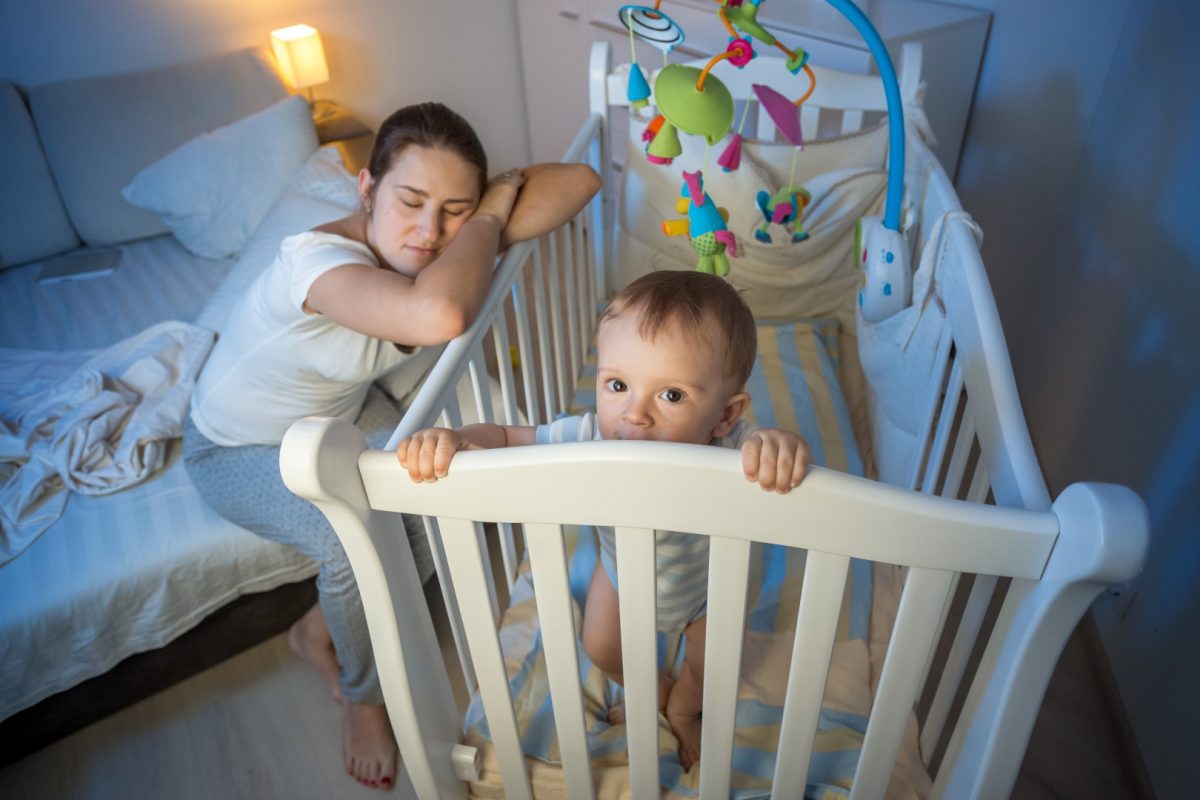 The sleepless child poses a diagnostic challenge to the sleep specialist for a number of reasons. Often the younger child is not able to adequately express the problems affecting his or her sleep. There are a number of influencing environmental factors not under the child’s control. Often, the interactions between the child and the caretakers need to be taken into account.

The evaluation often starts by assessment of issues that are related to the child’s age and development. The infant starts to sleep more soundly by the third to sixth month. Unfortunately, there is usually an increase in awakenings from six months, which can go on past the first birthday. In fact, about a quarter or more of one and two year olds, are waking at night to a degree that is worrisome to parents. This proportion remains similar in preschoolers.

Often these sleep problems will develop rapidly, usually related to some stress such as an ear infection or schedule change. This is a reflection of how malleable the child’s sleep habits are at this age. Without intervention, this sleep disruption may last for months or even years.

The good news is that with appropriate intervention the child can just as easily return to good sleep patterns very quickly.

Parents often misperceive awakenings as abnormal and try to help the infant or toddler back to sleep. This child then learns that this is necessary to return to sleep and becomes incapable of returning to sleep without the parent’s intervention. Many times, awakenings at night are a normal part of sleep in all ages. Most of the time the sleepers return to sleep so quickly not to remember the awakening later.

However, once a pattern is formed of requiring parent intervention, the child may continue to require this presence and comfort to get to sleep, rather than relying on the usual bedroom environmental cues associated with drowsiness and sleep – such as the bed, blanket, doll or stuffed toy. Allowing the child to sleep in the parent’s bed compounds the issue. At this point the child either has the need for parental body contact, or has developed the ability to soothe herself to sleep in the parents bed so that there is minimal parental effort involved in getting the child to sleep. The child is perceived to sleep better and is less trouble for the parent, which reinforces the cycle to continue endlessly.

Another disorder commonly affecting infants and toddlers is the nocturnal eating/drinking disorder. By the age of six months full-term, healthy babies have the ability to obtain all the necessary nutrition during the day. Sometimes the child will develop an association that feeding is necessary in order to fall asleep.

This often leads to a vicious cycle because with increased fluid intake comes increased urine output leading to heavy, wet diapers, that lead to awakenings. They characteristics of this disorder are frequent awakenings throughout the night.

As children mature to the preschool and school-aged years, frequent awakenings throughout the night becomes less an issue. Nightly bedtime battles are common however. The most common problem at this age is the limit-setting sleep disorder. In this condition the parents are either unable or unwilling to enforce bedtime rules with sufficient consistency to keep their child in bed and quiet so that she may fall asleep.

Typically, this disorder begins around the age of two or three when the physical limits of the bars of the crib are removed. “Curtain calls and encores” are the hallmark sign of this disorder as the child calls out with various requests and “demands” for water use of the bathroom, adjustment of the lights, more stories or television, etc. Often, the child simply refuses to stay in the bed.

Other common conditions affecting sleep are fears and nightmares. Anxiety and fear can arise from a variety of issues that the child is confronted with. These fears often take on the shape of robbers and monsters in the context of nightmares and fears of things lurking in the shadows.

As the child makes the transition to adolescence, the nature of sleep disturbances becomes more similar to adult insomnia. Often, the main problem is one of inadequate sleep hygiene and a tendency towards delaying the sleep phase. The adolescent may also be experiencing new stress and pressure at school, socially, and at home that she has not had in the past, leading to insomnia.

While it is true that children can effectively sleep in a wider range of environments, there are limits to flexibility and as the child gets older she will gradually become less tolerant of these disrupting influences. These factors can include noise, both from within and outside the house, people (such as other children), and the unrestricted use of a telephone. A recent study has linked poor sleep quality in children with the amount of television they are allowed to watch and how close to the bedtime the child is allowed to watch. The worst quality of sleep as found in children who had their own television in their bedroom.

The sleepless child has significantly different issues than the adult. Indeed, it is the adult caretaker that usually brings forth the complaint. It is also the interaction between the caretakers that must be addressed in the assessment and intervention. The younger child is more adaptable, and the environment under greater control by the caretakers. These factors make it more likely that interventions will quickly succeed to help the child.